We’ve only had tantalizingly few proper spring days so far, quite a bit of sunshine, but very little real warmth, and too many frosts to allow the crops to really get going.  At least we haven’t had the disastrous April drought of last year repeated.  The winter sown crops are looking really well, and the oilseed rape you cannot fail to notice, is now in full flower.  People seem to either love it for the refreshing brightness it brings to the countryside, or to hate it for the smell, the pollen and the brash arrogance of its unnatural yellowness.  Either way, I am happy to grow it this year, the forward price has been looking very positive, giving a sporting chance of a reasonable return for a change.  Rape is a good break crop, with good effects on the wheat crop that will follow it, the one downside is that slugs proliferate in the damp canopy of the rape crop, and often re-emerge with a vengeance the following year and shred the wheat plants when they emerge.  Those of you who have to use slug pellets in the garden will know the cost of this, both financially and environmentally. 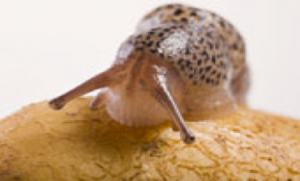 There are ways to reduce the slugs’ success, firstly by creating a firm fine seedbed, to impede their movement in the soil, secondly by sowing the wheat crop in good conditions early enough in the autumn to enable the plants to grow big enough before winter to be able to endure a certain amount of slug grazing.

Pigeons seem to do very well on rape too, they love it, and the latter stage of the winter and the early spring are a very stressful time for a rape grower.  Once the other sources of pigeon food have dried up, such as clover, beech mast, and spilt grain in last year’s cornfields, the pests turn on the rapefields, and they are very persistent.  Gas guns, whirly scarecrows and all sorts of other clever ideas work for about five minutes, then they are back again, and the only real cure is to shoot the devils.  The trouble is, with over 100 ha of rape, you need a lot of guns,  because as soon as a lone shooter lets off a shot, the pigeons lift off and land somewhere out of range.  You can hear their laughter from miles away. 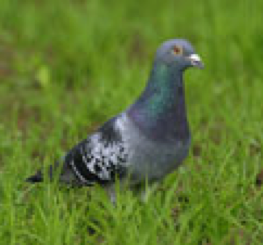 As the season progresses, the grass has started to grow, and we have been able to move some cattle and sheep down to the meadows.  The sheep are closely cropping the area down near the river, as we plan to sow some clover seed into the sward shortly, to make the field more productive.  Many of you will value the ability of legumes such as peas and beans to fix their own nitrogen in your vegetable gardens, clover is also a legume, and can benefit the grassland by adding nitrogen to the soil in this way.  The rhizobium bacteria in small nodules of the roots of leguminous plants take the nitrogen the plant has absorbed from the atmosphere, and turn it into a form usable by the clover plant to grow.  As the roots die off some of this nitrogen fertilizer becomes available to the grass nearby, and so reduces or eliminates the need for artificial nitrogen fertiliser.  This of course is the foundation of organic farming.  Leguminous crops are used in many arable rotations, in conventional agriculture as well as organic, the bean crop from this season will benefit next year’s wheat crop by leaving nitrogen in the soil.

We had the painters in lately, to paint the roof of one of our tin sheds, the photo shows that they got fancy ideas and only did half a job.  If anyone spots two 11 year old boys with paint under their fingernails, please ask them to drop by and finish the job properly!.

Before long the wild oating season will be with us once again, and we will be looking for willing workers for a couple of weeks work at the end of June.   This job often suits young people who have just finished their GCSEs or A levels, or university students yearning for the great outdoors after months with their noses stuck in books.  If this is of interest, please get in touch.