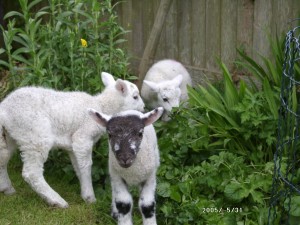 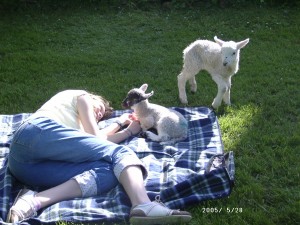 The patter of tiny hooves shatters the peace and tranquillity of modern country life, or at least that’s how it feels after four hours of lambing duty, they may be an laid-back extensively run flock, but after checking 400 ewes in nine different paddocks, and dealing with the usual array of problems, such as lambs coming rear first and non-mothering mothers, as well as rubber ringing and fly spraying, has its ups and downs.  Inevitably some lambs end up in the orphan pen; either mummy has died, or doesn’t have enough milk.  After a day or two on bottle-feeding and a bit of TLC, give them half a chance and they will run riot in the garden. 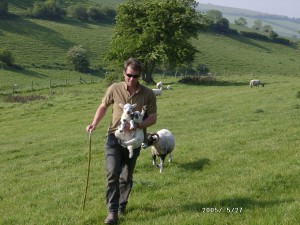 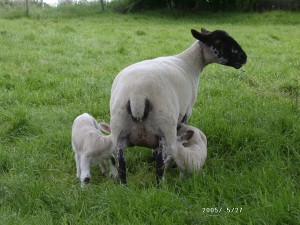 Hungry lambs get a top up

Wessex Grain, based at Henstridge, is inviting local residents to exhibitions to learn more about plans to build a bio-refinery on a site adjacent to their current grain storage facilities. They will take place at Henstridge Hall at 8.30 p.m. on Tuesday May 31st and at Stalbridge Hall on Wednesday June 1st at 8.00 p.m.

The company buys grain from farmers in the South-West and South Midlands, and sells to millers and animal feed companies among others.  In 2006 it plans to build the UK’s first bio-refinery to produce bio-ethanol made from wheat. This is an environmentally friendly substitute for traditional oil-based petrol. Through its subsidiary Wessex Biofuels, the company plans to put the area in the forefront of a green revolution, which will see nearly six per cent of all transport fuel being provided by bio-fuels by the year 2010.

The plant, which could cost anything up to £50 million to build, will produce some 130 million litres of bio-ethanol per year. This is enough to provide fuel for one billion miles of travel for British motorists. Bio-ethanol is better for the environment because it produces less carbon dioxide than traditional fuels and is more efficient and cleaner.

Question:  Why is the Tesco car park like a field of grass?

Answer:  Because it is full of woolly headed creatures doing just what everyone else does.

As more town centre shops close in the face of a relentless increase in superstore shopping, do many people ask themselves what the inevitable outcome will be?  Dead town centres, richer shareholders, and no more food production on British farms, because the supermarkets will source all food from abroad.  Once food production has all but ceased in Britain, it will be incredibly difficult to get started again, because the industry’s infrastructure will have disappeared too.  We will then be totally dependent on imported food, which is far less traceable, environmentally questionable, and wasteful of fuel to get it here.

The solution is to persuade consumers to buy British grown, processed and packed food where possible, as locally as possible.  And hopefully fuel too before long.

As we are now in the full swing of lambing in the fields in the valleys behind the village, please take extra care when out and about not to disturb them.  Please, as always keep dogs on leads, it is surprising how easily the more flighty or stupid sheep will abandon their new lambs. 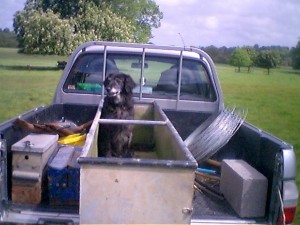