Our farm is criss-crossed by a number of footpaths and bridleways, and we welcome visitors as walkers, riders or participators in farm visits, usually organised through schools or local organisations. 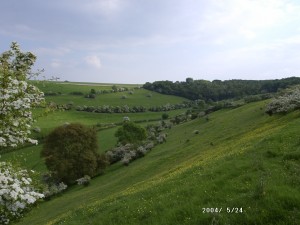 We ask that our visitors be considerate of their potential effect on the environment, dogs for example, can cause havoc with a sheep flock, especially on the point of lambing.  The old adage “Take nothing but pictures, leave nothing but footprints” would seem to cover most things. 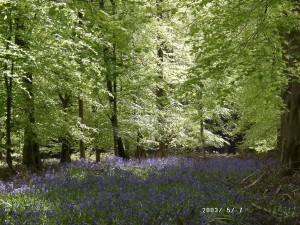 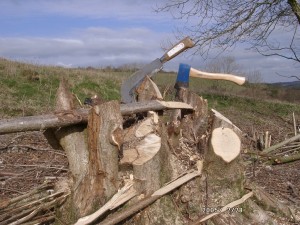 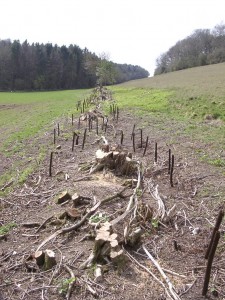 Over the last three years we have been members of the Higher Level Stewardship scheme, which is administered by Natural England.  The scheme funds us for certain activities on more than 60 hectares of the farm, such as planting bird food crops, repairing hedgerows, and re-establishing chalk downland pasture.  A large part of the area involved exists as 6 metre wide margins around our arable fields, which are sown to a mixture of non-vigorous grasses and wildflowers, and which provide a habitat for insects and small mammals, which in turn provide hunting ground for birds.  Research shows that wide field margins, preferably augmented by a hedge, can be very rich in diversity, and provide a safe refuge for species that struggle to thrive in large and unbroken areas of arable cropping. 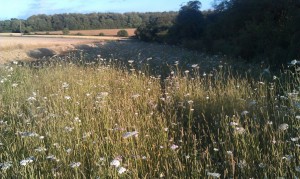 A number of our field margins run alongside footpaths and bridleways, and seem to be proving irresistable to walkers and riders, which is most unfortunate, because new paths are being formed right through the middle of what is supposed to be an unbroken bit of natural habitat.  Not only this, but ground-nesting birds don’t stand a chance if dogs are allowed to hunt unleashed.  We would ask that people please keep to the original paths and refrain from risking damage to the wildlife areas, which have taken time and effort to establish successfully. 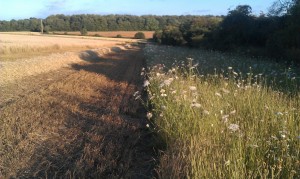 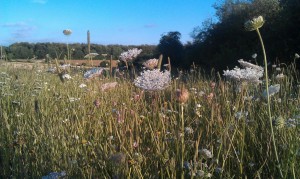 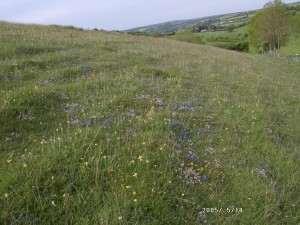