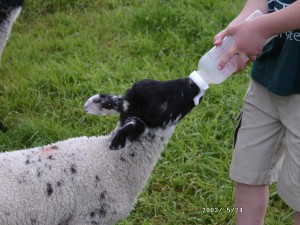 The patter of tiny hooves is with us again, the sheep population in the hills and valleys behind the village will hopefully more than double over the next three weeks.  We have already seen the arrival of twenty or more lambs, lambing officially began on Monday, but a few always pop out early, two tiny lambs are now living in the garden shed because they were triplets and mummy doesn’t have enough milk for three.  One set of quads has been born up near Roundbush wood; their mother seems to have enough milk for all four of them at the moment, which is remarkable.  The sunshine and recent rain has produced plenty of spring grass to aid the milk flow. 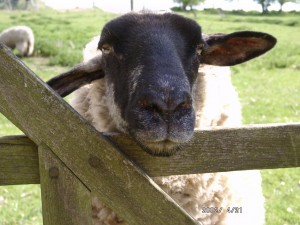 All spring sowing is now complete, the spring rape was finished about ten days ago, immediately followed by a good downpour, which was just what it needed, again, warm sunshine and moisture will speed it out of the ground. 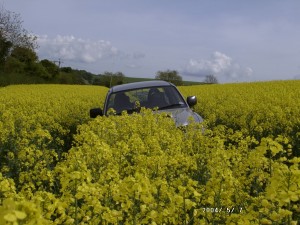 The winter rape escapes no one’s notice at this time of year, bright yellow, visible for miles around, you either love it or hate it.  This crop is being grown on an industrial contract, and may well end up as a lubricant in the plastics industry, one use for rape oil is to stop supermarket plastic bags sticking together, I think we could argue that they don’t use enough of it, on the fruit counter at least.  More of us may come to love the rape crop, once the government realises that to meet its commitments on renewable energy, it will need to get serious about biofuels.  Rapeseed scores highly as a biofuel, being around 40% oil when crushed, the by-product, the meal, has good value as an animal feed too, so there is little waste.  One of the many attractions of biofuels is that however much carbon they release into the environment when burnt, it can never be greater than the amount the crop took out of the atmosphere whilst growing in the first place. 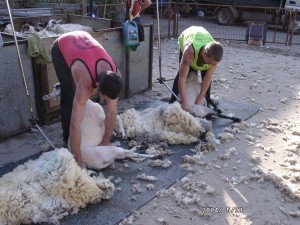 The beef cattle have now moved down to the river meadows, where they will stay until autumn, they look much happier and cleaner now than they were a month ago in the cold wind on turnips and silage.  The young calves will be let out next week, which is usually a bit of a caper, always timid to cross the threshold at first, once out they charge off around the field, celebrating their freedom with exuberance and plenty of noise. 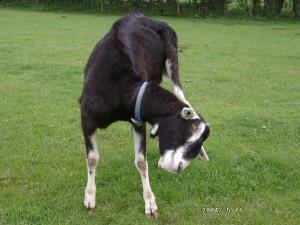 back to the present