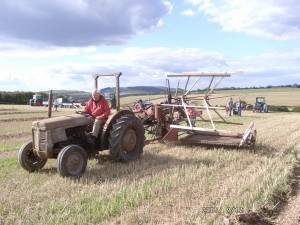 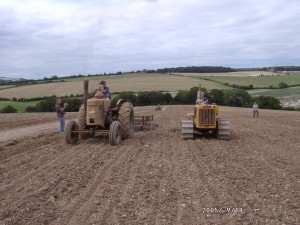 We managed to finish autumn sowing just in time for half term, a useful target every year; it is just as well we finished too, as we have had another couple of inches of rain since then.  After a very dry spring and summer, autumn looked likely to be a soggy prospect, and so as not to let down its reputation as the wettest month of the year, October is duly delivering a bucket load of wet stuff, 34 mms in the last 24 hours, 124 for the month so far.  Last year October produced 200mm.

Most of the autumn crops have however gone into good quality seedbeds.  Germination has been fast this year as soil temperatures are still high, the slugs have had a good go at some crops, especially wheat after oilseed rape, which always seems to encourage them to breed in huge numbers.  The new oilseed rape crops which were sown at the end of august have grown with great vigour, all the better for withstanding pigeon attack in the winter, unfortunately the mild weather has also allowed the speedy development of phoma, a disease which if unchecked will produce cankers on stems next year, ruining the plants.  This has been attended to with a light dose of fungicide.

The top photos here show a couple of old codgers seen out playing on vintage tractors back in September, at the Stourpaine Bushes working weekend, much fun was had by all. 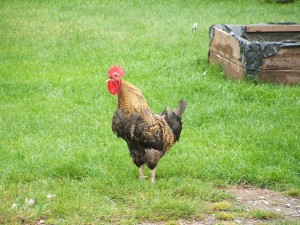 After a summer during which the poultry population here has taken a terrible hammering from the local foxes, we were reduced to 3 drakes, 2 cockerels and about 8 hens.  I am pleased to say that a good hatch from the incubator, and one very reliable old hen has now boosted the chicken population by nearly 300%, so hopefully the egg supply is safe for another season. 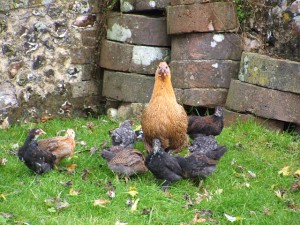