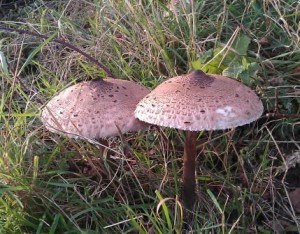 In the last month we have loaded 35 lorries with grain and oilseed rape for numerous destinations including Erith in Kent for the rape, various boats in Southampton and Poole for onward movement to Ireland and the nearer ports of Europe for the wheat, and Great Yarmouth and Tivetshall in Norfolk for the barley. 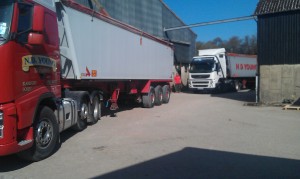 In the same period we have bought in 200 ewes fromWalesto replenish our lambing flock.  This week we have weaned the calves who are all 7 or 8 months old now, from their Mums, and they are, as I write, bellowing at each other through a sturdy fence in a yard at Websley.  After another day or two they will have got used to their new circumstances, and we will be able to take the calves out onto the Knoll where we have a tasty crop of turnips waiting for them.  The cows, who are due to calve in February, will stay in the yard for the winter, as we have a good supply of silage to feed them, and straw to bed them on, and if they are in a yard, they will not be muddying up the grassland outside.

Our friend Bonnington the bull is enjoying the company of a dozen heifers, who we are assured by the vet are all pregnant, so hopefully he will indulge in no more than pleasant conversation and a lot of grass munching. 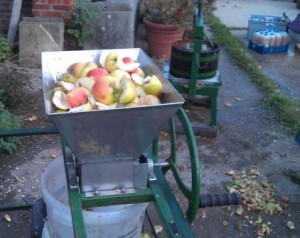 This seems to be an autumn of education; last week I attended a course to update my knowledge of rodent control, which involved a look at the different products on the market you can use to control our little furry friends, and today two of us went to a neighbouring farm to spend the morning genning up on slugs and how to deal with them.  Slug pellets based on a chemical called metaldehyde have historically been applied on a regular basis on many acres of UK farmland, especially where oilseed rape occurs in the rotation, this is because rape has a particularly long growing season, and for much of the summer the microclimate at ground level below the large and leafy rape plants is very favourable for slugs, being damp and plentiful in food.  A bad slug infestation can devastate a newly emerging crop of wheat or rape.  Unfortunately the widespread use of slug pellets over many years has in some areas resulted in metaldehyde being detected in ground water.  Many water companies extract large amounts of water from boreholes to pump into reservoirs for human consumption, and it is an expensive operation to remove such pollutants from the water.  The water companies have taken steps to try to solve the problem, and the chemical manufacturers, and the rest of the industry have been forced, partly in response to new legislation, and partly on a voluntary basis, to take serious steps to deal with the problem, hence the training courses, which are then followed by a proficiency test. 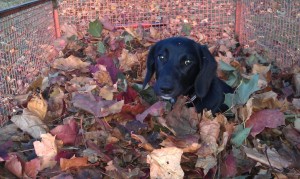 This is all designed to ensure that all operators act responsibly, by correctly servicing and calibrating spreading machines, pay sufficient attention to ground conditions etc, to minimize the risk of pellets going where they shouldn’t.  The risk is that if metaldehyde continues to be found in ground water, it will be banned, and then we will lose a very valuable tool from the armoury that we need to draw on to help us continue to provide a reliable food supply. 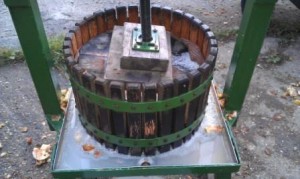 On a much lighter note, many gardens seem to have produced the most stupendous crop of apples this year, and although I am pleased we managed to convert some of ours into 50 litres of delicious juice a few weeks ago, there are still many more on the ground, which are shortly going to be too far gone to do much with. 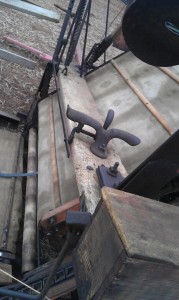 My mystery photo for this month is quite a strange contraption, which for many years was an essential piece of kit on a decent sized arable farm.  I hope the printing will do it justice!

Answers please to the Editor, by Dec 20th.  A mug of real apple juice for the first correct answer.

PS. We have one hidden away somewhere.

Have a good one