Last week I saw the most remarkable sight up on Shillingstone Hill, a group of seven or eight hares mucking around with each other in a rather crazy fashion, until they discovered they were being watched, and they then dispersed in different directions.  I have never seen more than three hares at once before, they are notoriously difficult to count, you may see three in one field, when driving a tractor up and down, but they don’t hang around for long, so that when you move on to the next field, and see two or three more, you don’t know if they are the same ones.  They like to play games.  There do seem to be quite a few about this year, I have seen two or three in various different fields quite a long way apart.

Some of our crops are beginning to struggle because of the lack of rain, this is sure to change because I am writing about it, but right now I am remembering 2007 all too clearly, where a near tropical April mucked up most of our crops for the whole season.  To be fair, we have not had those sorts of temperatures this time, and although dry this year, we have at least had 25 mm of rain, whereas in 2007, we only had 3mm in April, followed by well over 100 in each of the following four months! The average for April is 79, and between 50 and 60 for each month May – August. 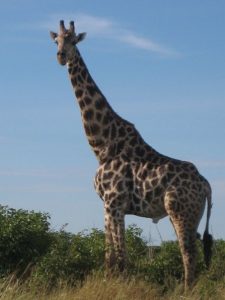 Look out for me on Open Farm Sunday!

On Sunday 7th June we are planning an event as part of the national ‘Open Farm Sunday’ season.  We will be running a farm trailer tour, including a walk, and visits to different parts of the farm, including sheep and lambs, calves, woodland and flower rich downland.

This event is open to any residents of Durweston and the surrounding villages, and the plan is to start at 12.00pm in the village hall car park, and to make our way to an attractive picnic site for lunch.  In the event of rain, we will find somewhere under cover to eat.  It will be essential for interested people to book up beforehand please, so we know how many are coming.

Next week we have booked up a visit by our usual shearing gang, to get the ewes cooled off a couple of weeks before they start lambing, and if this doesn’t bring on the rain, I don’t know what will. 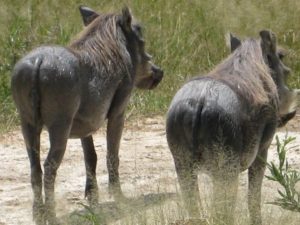 Soon to be seen on the farm?

We recently received a write-up of the results accumulated to date of the Biodiversity project we have been taking part in for the last three years.  We have sown several strips of ground with particular seed mixtures, and every so often during the season, the plots and surrounding area are surveyed, by the Game and Wildlife Conservation trust, for insects, birds, mammals and plant life.  One interesting part was that over the three years of the trial, the overall number of plant species found across the trial area at Travellers Rest was above average compared to the other farms, at 108 species.  Another is that the year in which we grew borage and sunflowers in the trial area (2007) saw the greatest numbers of pollinator species along the field edges, including five different bumblebee species and twelve different butterflies.  This was the highest number of pollinators in the Wessex region of the trial, although numbers dipped off again in 2008, due to the poorer summer weather, and the fact that the surrounding fields returned to cereal production.  If only borage and sunflowers could provide a reliable economic return and we could grow them more often!

A good range of farmland birds was recorded, many showing an increase from 2007 to 2008, including threatened species such as skylark, linnet and yellowhammer, in spite of the poor weather during the study period.

The trial continues this year, and the organisers are hoping to secure funds to enable it to continue beyond the initial three years.