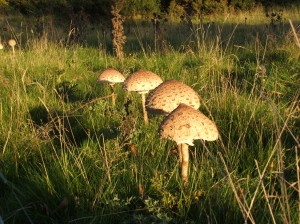 The news today from Mr Blair and his friends, even the traditionally anti-nuclear Mrs Beckett, who rules all things rural and environmental, is that New Labour are so short of ideas that they have decided to reawaken a nuclear power programme, the ultimate symbol of centralising short-sighted capitalism.  It doesn’t seem to matter that the UK still has to spend £57 billion decommissioning, cleaning up the old and extinct nuclear plants, or that any new build will cost £17 billion and take up to 15 years before it is functional.  How many government and policy changes could happen in that time, with the associated waste of money?

Forgive me for being political, which doesn’t happen very often in this column, but we are talking the politics of the madhouse here.

Given the right incentives private enterprise can produce vast amounts of energy from renewables, and vast savings from a sensible energy efficiency programme.  It is said that one whole power station in the US is dedicated to keeping the nation’s TVs and Videos on standby when not being used. The message is simple, if you are not using it, TURN IT OFF.  A sensible national campaign for responsible use of energy is essential.  A real effort to persuade people to insulate their homes is essential.  Who needs all the shops to remain lit all night? Why do we need 24 hour opening of pubs all through the long nights of winter when sensible people should be in bed (with the lights off….?)

Until every home in the land is properly insulated, has solar assisted heating, a small wind generator on the roof to contribute towards electricity, and all new build housing is heated and powered by combined heat and power plants burning biomass (wood, grain, straw, refuse, etc), and that all electrical equipment switches itself off after say 20 minutes if not used, I will not accept that building new nuclear power stations is sensible. 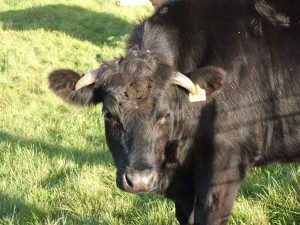 The good news of the last month is that the government have finally seen sense and decided to enact the Renewable Transport Fuel Obligation, a mechanism that will oblige oil companies to include 5% bio fuel in all road fuels by 2010.  With luck this will kick start the UK bio fuel industry, which has been champing at the bit to get going.  Not least the plant planned by Wessex Grain (now Green Spirit Fuels) at Henstridge, which expects to take 300,000 tonnes of locally grown wheat to produce ethanol for mixing with petrol to run in cars with no adjustment to engines.  The potential for reduced carbon, nitrogen oxide, and HGV exhaust emissions, is considerable at 5%, and obviously increases as inclusion rises.  Our own diesel road vehicles have been running on 30% biodiesel for over a year now, admittedly the bio part it is mainly recycled cooking oil at the moment, but rape oil is just the same, and there are plants planned for more of this in the UK too.

Research has shown that biofuels remove more carbon dioxide from the air through plant growth and photosynthesis, than is used in the manufacture of the inputs such as fertiliser, sprays, harvesting and haulage, and that carbon dioxide emissions from biofuels in the whole fuel life cycle can be less than half the amount produced by the mineral oil life cycle (this includes all stages from production to combustion).