Where’s my toast?’  My old friend Rocky is looking at me with a hungry and disappointed expression on his face.  When it is my turn to look round the animals I try to remember to take some dried bread with me to remind former orphan lambs who it was who reared them.  A few tame sheep in the flock can be a pain at times, but when the whole flock resolutely refuses to go through a gate, everyone is pleased when the bag of toast is brought out and the flock moves as if by magic, led by old greedy guts here.  We usually try only to take in ewe lambs as orphans so that we can keep them and bring them into the lambing flock to become mums themselves. Rocky however, was a bit of a slip up, generally wether (castrated male) lambs are not allowed to stay beyond their first birthday,  however in a moment of weakness this old fellow got a reprieve, and he now just gets fatter. 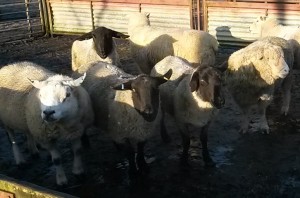 A couple of weeks ago, the rams were rounded up and taken home after their 6 weeks with the ewes.  We try to keep a fairly compact lambing period, so any ewes still unpregnant will have to stay that way.  This motley bunch include from left, Texel, Suffolks, and Dorset Downs.  Lambing should begin in the first week of May.

This week the turnip eating lambs have been sorted through, and fifty of the biggest will be presented to our local abattoir’s fieldsman on Thursday.  The recent dry weather has suited them well and they have grown a good deal. 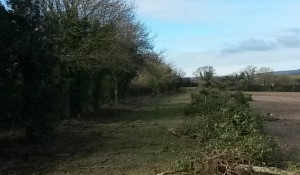 Elsewhere on the farm we have been busy clearing an overgrown bridlepath, and tidying up fences which have become swamped by brambles and ivy.  We nearly got into trouble with the council for the condition of a path alongside two of our fields, it had been fenced out of the main part of the fields many years ago, by the previous occupier, to keep walkers and riders, and animals separate, and since then the brambles, elder, ivy and old man’s beard have had a field day.  We have been waiting until these fields were destined for spring cropping, so we could get at them over the winter, and this is the year.  We had to cut the old fence wire and pull it out in short lengths with a tractor, then the only way to deal with the vegetation was with the digger, to pull out the offending plants by the roots, and level the ground again afterwards. 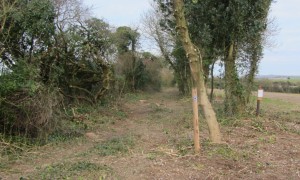 Now the path is open to the field it should be easy to keep it clear through the year by mowing it from time to time.  The worst parts of the path were a chaos of dead trees that had been strangled and brought down by ivy and old man’s beard.  Ivy is a terrible destroyer of trees, it wraps the trunk in a deadly embrace, then races for the sky, and eventually creates so much growth in the crown of the host tree that the tree dies and then gravity and wind bring it crashing to earth. 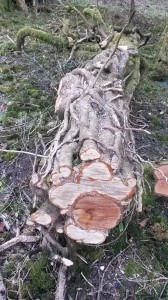 The cut trunk here shows the original Blackthorn trunk in the middle, surrounded by the murderous ivy.

The lovely cold and dry weather we have been enjoying lately has meant we can get on with a lot of outdoor jobs, a bit of a contrast to the beginning of last year when we had over 300 mm of rain in January, followed by nearly another 200 in February.  As the days are lengthening, dry soils give farmers itchy feet, a number I know have been out ploughing their spring seedbeds, and some keen ones will shortly charge out to sow some barley.  It’s still a little early in my opinion, and we have a load of muck to apply anyway before we can start cultivations here.  No doubt it will start raining just as we start the first field. 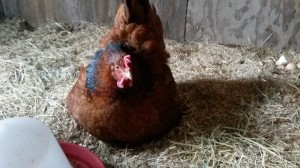 Last month’s item on the hens from Blandford St Mary needs to be updated, one of them has gone broody this week, rather too early to guarantee a successful hatch, but we are going to give her a chance, some more pretty fluffy hens will be welcome.  She has at least 15 eggs under her, it will be hard work to keep that many warm enough in the cold weather,  we shall see……. 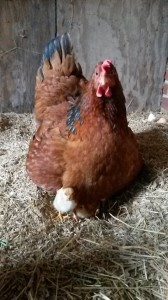 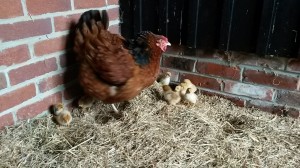 We had a visit last week from our regular seed cleaning company, CYO seeds west, luckily this year our barley seed is carrying very low levels of disease, so we do not need to use any seed dressing.  If disease levels are high, usually due to a wet ripening and harvest period, we have to apply a fungicide dressing to keep the new emerging seedlings healthy.

We have some friendly beasts in the yards at Websley, this fellow took a liking to my gloves, I think they smelt of silage. 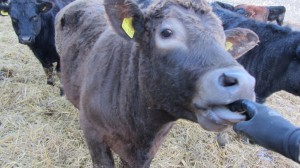 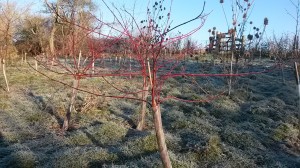 The lovely bright bark of this dogwood showed up very well on a recent frosty morning, this one is growing in the spinney over the road, planted three years ago, along with a variety of other trees and shrubs.  It has been hard work keeping the brambles and nettles from smothering the young trees, but hopefully in another year or two they will be able to hold their own.  Soon after they were planted, Adrian Brook and most of the children from Durweston school visited on a welly walk, and enjoyed a short ceremony which involved shouting away any evil spirits that might harm the trees!  This part is planted in the shape of a large diamond, to commemorate the Jubilee in 2012, the year they were planted.

I wonder who will blink first in the battle between the supporters of wind turbines, and those who prefer solar parks.  The battle ground is now very clearly set between Blandford and Winterbourne Whitechurch, which has been a hotbed of anti wind turbine activity for more than a year.  I wonder how those objectors feel about the solar panels now being erected by the main road just south of Blandford.  It seems odd to me that Dorset seems to be so resistant to wind turbines, I think I know which I prefer. 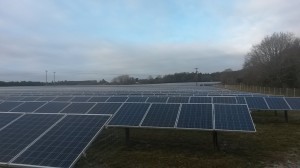 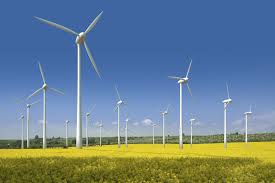 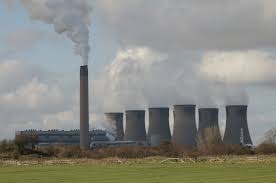 There are a number of issues we could discuss, including land use, food or fuel?  Pollution, subsidies etc.  Don’t forget that nuclear power requires more subsidy than all the renewables in order to bribe a big enough company to build a power station.

Wind turbines and solar parks can at least be removed another day, and the land returned to food production.  Not so with radioactive polluted land.

Wind turbines only occupy a small footprint and allow farming to continue around their bases.  Sheep can safely graze below solar panels, which can be suitable for very poor land that cannot grow arable crops.  However would it not be sensible to ensure all buildings are covered in solar panels before we start covering the land with them?  All new build houses could be clothed in photo voltaic tiles.

Why not join the debate?