Rather than bang on once again about all the rain and floods, let’s have a look at a part of the state of Victoria in Australia, where they have been battling against bush fires again this year. This picture shows a small plane dropping fire retardant chemical onto forest near Goongerah in the eastern Gippsland region of the state.  This week they are still fighting fires which threaten settlements, creating fear on a pretty hefty scale.  Thinking about this, and the flooding nearer home, after a fire there is usually nothing left at all, whereas after a flood, although full of unmentionable filth, ones home still exists.  Admittedly the house may end up uninhabitable due to structural damage, but it does not quite have the finality of a fire. 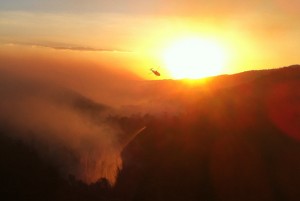 The second picture is of a Sikorsky helicopter dropping water near a place called Errinundra, also in Victoria.  The pictures come courtesy of my very good friend in the media office of DEPI, Victoria.

The Somerset flooding has demonstrated an interesting conflict between food production and other human interests, and the environmental lobby.  It seems to be common knowledge that the environment agency has neglected to keep the rivers dredged for many years, and it is said that this has been in part due to a desire in some quarters to return the Somerset levels to a more permanent wetland.  This year it is clearly no joke for the poor souls who have been flooded out of their homes and farms, and they will be wondering when the nightmare will ever end.  I understand the latest concern is that there is a risk that half of the town of Bridgewater may yet be flooded, and as an emergency measure, a number of huge excavators have in the last week thrown up a barrage to protect the town.  The trouble is that this will only hold up flood waters from further upstream, making things even worse.  When the waters finally recede, it will be interesting to see what happens, will the water vole lobby dare to protest against dredging? 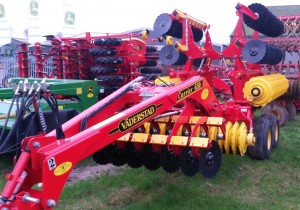 There is an attractive shiny new bit of kit sitting at our local machinery dealer’s yard with our name on it.  We hope it will be delivered in time for when (if) the ground dries out enough for us to be able to sow some barley.  Its predecessor had got very tired, and has been despatched to a local auction yard to see if it will sell to a less demanding and flinty home. 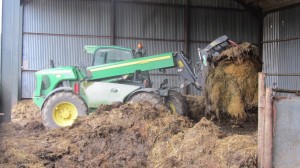 Our cows are on the cusp of dropping their calves, in fact one has already arrived, a bit early, but he seems very happy, and mother has masses of milk.  A big mucking out session, followed by a big sort-out of the cows has been undertaken this week,  the earlier calvers have all come down from Websley and are now in the shed at Shepherds Corner where they are easier to check several times per day. 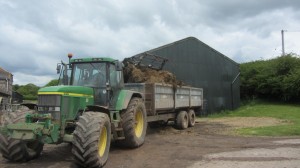 I can’t let a month go by without a brief update on the weather.  In 10 weeks, we have had just 11 days without rain.  This February is already the second wettest on record, at 160mm, although there is some way to go to catch the 246mm we had in 1990.  Altogether, the rain from October to today is 980mm, very close to the average for a whole year. 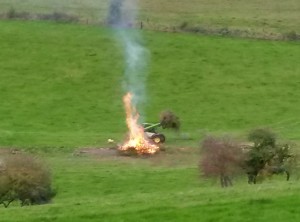 The hedging work that started back in November has been largely completed, however there is a lot of fencing and gapping-up still to do.  The weather has made this very difficult, and taking a machine down into the valley to burn up the hedge cuttings has been impossible since before Christmas, and until the cuttings are out of the way we can’t get in to put up the fence!  Some progress has been made on this job in the last couple of drier days. 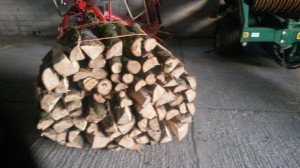 On the wettest days, we have been in the barn cutting and splitting logs, adding to the piles that keep shrinking nearly as fast as we top them up.  Some of the wood comes from the hedge coppicing, and much more from thinning operations in the woods.  We have been researching and testing out various log processing systems to work out the best and most cost effective ways of getting good dry logs into the shed.  The log trade has been good this winter, in spite of it being so mild most of the time, and we are now working to build up reserves of well seasoned wood for next winter.

An interesting debate has been going on regarding the reintroduction of the beaver into certain parts of theUK.  It was once indigenous to this country, but was hunted to extinction hundreds of years ago.  Trials have been carried out to see if their reintroduction might help as a flood prevention measure.  The theory is that their dam building skills help to hold up flood waters higher up stream, reducing flood risk downstream.  Seeing what they can do to a tree with their teeth leaves me a little worried, however, if it is decided that their presence is beneficial, then perhaps it is a good idea.  Just remember that’s what the Australians said when they introduced the rabbit to their country…..

It is a shame that our friend the badger doesn’t do anything as useful as flood prevention, rather than destroy ground nesting birds, hedgehogs, bumble bees and anthills, oh yes, and infects cows with TB.  Sorry, I’m sure I’ve said this before. 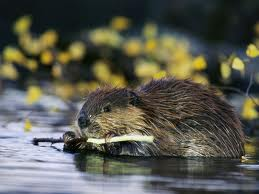 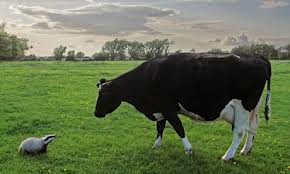 It is with great sadness that I must report the demise of the former boss of the farmyard, Silver, the once handsome cock of the roost.  As reported in these pages, he enjoyed a glittering career once he had deposed his predecessor Copper, but his fortune was shortlived.  Recently overthrown by his own offspring, Silver, himself a fine example of drive-by dumping, descended into a turmoil of depression and self-loathing, moping around the farmyard with no lady friends to cheer him up.  This tale drew to a sad close one day last week when he was found, toes pointing skyward, in the hen house.  His former companions showed little emotion, and spent the day scavenging for titbits around the farmyard, and scratching up the flowerbeds in the garden as usual, led by their latest fancy-man.  Silver now lies at peace in the great muck heap in the sky.