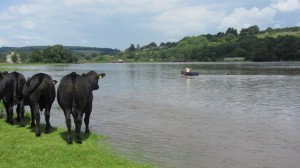 I know it seems a long time ago now, but I thought it would be fun to remind ourselves of what happened back in July, I ran out of space to include these pictures last month, so here we are on that lovely sunny Sunday morning entertaining the cattle, who despite the fact that they were safely fenced onto higher ground, decided that they weren’t going to miss out on the fun of the flood, jumped the fence and charged off into the water like a bunch of water buffalo. 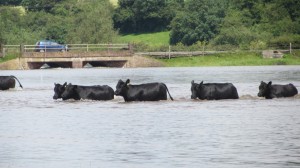 Luckily they decided to come back on their own before we had to try rounding them up with our little boat. 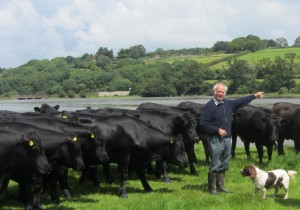 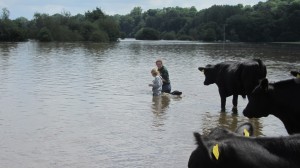 Fortunately for us this wet weather and flood did not do any lasting damage, except for further deterioration of some of our crops, however some people were not so lucky, many had hay or silage on the ground, or long grass about to be cut for hay or silage, and this was flattened and spoiled by the muck that gets left behind by the river when it recedes.  To show what is supposed to happen to long grass when the weather cooperates, the following pictures may help. 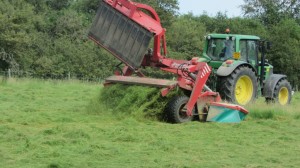 First of all the grass must be mown, in this case the mower is dropping the cut grass on the ground across the full width of the mower, to help it to dry out quicker than if it were in a narrow swath.  This mower has a conveyor raised in the air which can be used to put two swaths into one if required, such as when cutting in front of high output forage harvesters. 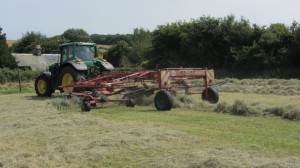 The grass may then be tedded, or fluffed up, to help with more drying, and then when ready, completely dry for hay, or still moist for silage, it will be rowed up, (or rollered up in older language) by in this case a rake, before being baled, on this farm into round bales, because that is how it suits us best for feeding the animals when the time comes. 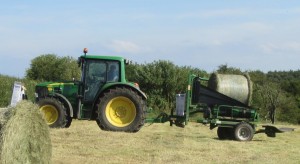 After baling, silage bales must be wrapped in an air-tight layer of plastic, so that it will then ferment, in the absence of oxygen (anaerobically), to produce a sweet, slightly vinegary smelling and hopefully tasty winter feed for cattle or sheep. 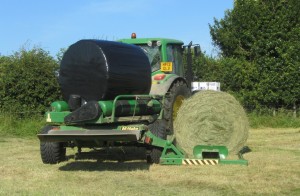 This method of silage making is most suitable for small quantities, big farms making huge amounts for cows will pile the silage up in a big heap, usually in a barn, and then after compacting it with a tractor by driving all over it to squash the air out, they will seal it in with a tight fitting plastic cover weighted down with straw bales or tyres.

It may not be a surprise to regular readers to hear that we are currently in the middle of harvest, sadly a harvest that we wish could be over as soon as possible so that we can forget all about it and concentrate on getting next year’s crops started in good conditions.  As mentioned in previous articles, some crops this year have been riddled with disease for many weeks because of the endless rain, and as harvest has progressed the extent of the damage done becomes apparent.  The winter barley didn’t fare as badly as feared, and although the yield was down about 10% on the average, fortunately the quality is good enough, and the supply of malt for those vital real ales is secure for another year! The oilseed rape is also down about 10% on the average, the spring barley is about 15% down, but the wheat, our mainstay crop, so far is looking to be more like 25% down, and the quality of the grain is awful, shrivelled and ugly grain, so different from the lovely shiny plump grains of last year.

As I write on Sunday afternoon, we are in another ”weather break”, we have around 100 hectares of wheat still to cut, and then the poppies, oh the poppies.  Who has not seen the expanse of red poppies on the Knoll? 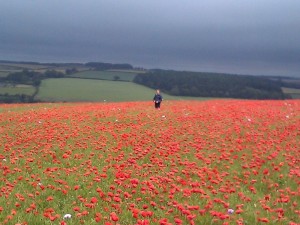 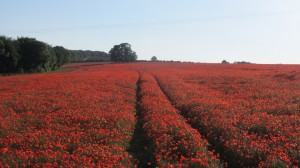 So many people have asked to take pictures of them, even a bride in her wedding dress, (although not the Blackmore Vale magazine!), and two different departments of the BBC.  The red poppies are a mistake, a huge cock-up frankly, and in one of the most publicly visible fields on the farm.  By trying to grow a crop of domesticated poppies in the soil of a field that was clearly stuffed with dormant red poppy seeds was just inviting disaster, any weedkiller we used was designed to discourage anything that was not poppies, and this obviously gave the green light to the red peril, which have been remarkably vigorous, and having completely swamped the white ones in most of this 95 acre field, means there will be very little worth harvesting.  An expensive outcome…..

Anyway, stop moaning farmer, and lets enjoy some pictures, oh, not so good in black and white I suppose, you will have to look online for full technicolour, or else lobby the parish council for a colour magazine! 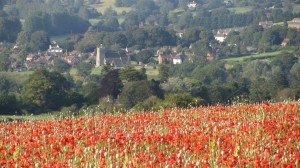 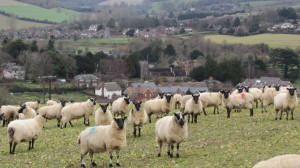 The view across the village to Stourpaine is interesting to compare with how it looked in January from the same spot.

We recently discovered a good cure for broody hens, anyone want to guess what it is before next month?

I ran out of space to include some up to date harvesting pictures in the print version of the Durweston News this month, but we can’t let August end without some proper combining pictures: 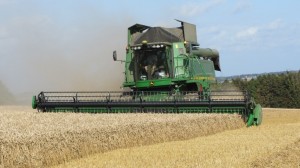 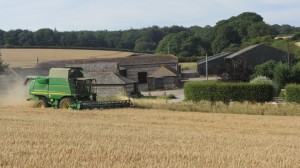 and now for some baling and stacking 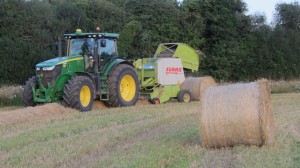 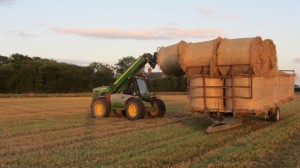 This is how it’s done down on the Jurassic coastline 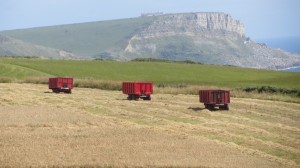 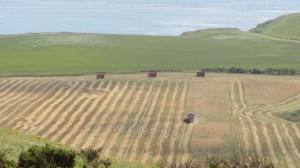 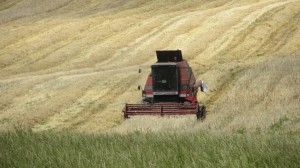 And here is an artistic interlude from the grain store 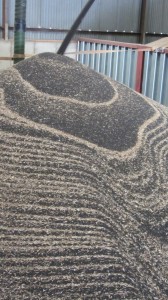 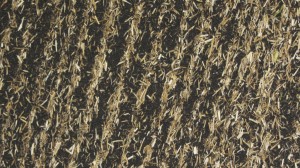