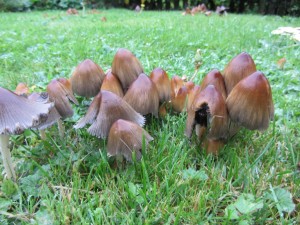 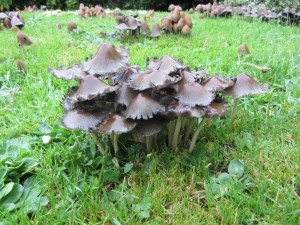 What did the mushroom say to the toadstool?  … 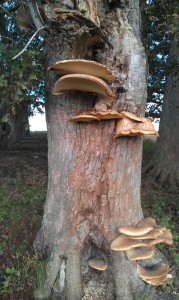 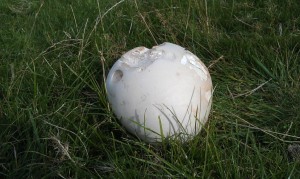 It’s a fine autumn for fungi, as you can see from these pictures, it is always amazing how quickly they appear, and equally how quickly they shrivel and fade again, rotting away almost before your eyes.  Who is brave enough to eat any of them, other than the common field mushrooms?  Are you absolutely sure you are looking at the right picture in the book, where it says it is quite harmless, but over the page there is a frighteningly similar one which can kill you in 3 minutes………

Gary at work on Sunday, again. The 3rd one in a row.

It’s obviously something to do with the incessant wet weather, great for fungi, but terrible for farmers, who are either trying to sow their autumn crops, harvest their maize silage, or trying to get a last bite at the grass before they have to bring the cows indoors.  Two dry days in a row are not enough to dry out the soil enough to drive tractors on it, let alone actually plant seeds.  We have managed only to sow 140ha out of a planned 300 so far this autumn, most years we have finished by October 20th, and can begin to relax.  Most of this has been achieved on the last three Sundays.  Every other day of the week has been too wet.  Many farmers are far worse off than this though, many soils take far longer than these around here to dry out, our agronomist told me last week that not only have some of his clients in the Taunton area not sown any wheat or barley yet, but that the oilseed rape they sowed a month ago is looking very poor, and up to 30% may have to be written off, waterlogged soils are suffocating the roots and the plants are dying.  This will all have very serious financial consequences over the next year.

There is an old adage, relating to the most suitable type of seedbed for different crops, it says that you should always sow wheat into mud, no problem there, and barley into dust…..ha ha.

After the miserable summer, many dairy farmers have very poor maize crops, which they will be relying heavily upon to feed their cows over winter, but the current wet weather is making it very hard to get it harvested without doing lasting damage to soils, which will then have a knock on effect into the next crop, as it takes a long time for damaged soil to recover its structure.  This is something of a double whammy.

Enough of the misery,  the other day we enjoyed a visit from the local young veterinary surgeon, who for once was not testing our animals for TB, but testing them for pregnancy.  We have to know whether our two handsome young bulls have done what they were supposed to do back in the summer.  The good news is that our cows scored 100% positive.  All are pregnant, between just 7 weeks and 4 months gone.  The Vet uses a combination of skills and equipment, and a bit of brute force, in order to obtain the information we are after.  Using an ultrasound scanner, with a fancy pair of goggles on his head which contain tiny TV monitors, (and a long rubber glove), he inserts his hand and arm, holding the scanning wand, and through the gut wall the ultrasound can detect the presence of the embryo calf in the uterus.  It is possible to tell the approximate age of the embryo simply by touch, but using the scanner, this can be much more accurate, to as little as 2 weeks, easier while the embryo is in the earlier growth stages, as the whole thing can fit onto the screen, which has faint scale lines across it, so it can be measured by eye, and a good estimate of age made. 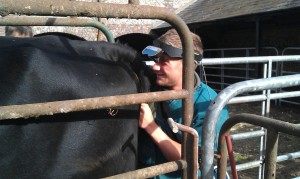 During the bulling period, the cows were divided into two equal sized groups, with about 24 to each bull.  In order to make sure that both bulls are performing properly, half way through their allotted time, the boys are swapped from one group to the other, to optimize the chances of every cow getting in calf.

When the bulls were taken away from the cows, we kept them for a while in small neighbouring paddocks, until we felt that they might have got used to each other at fairly close quarters.  More recently we put them together, with a couple of cows (without calves) to keep the peace, and fortunately they have so far not shown too much aggression to each other. 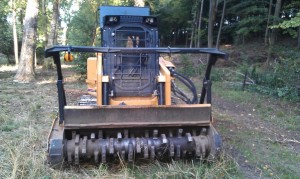 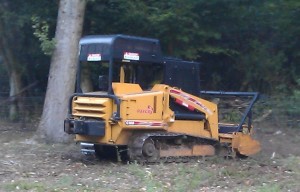 A couple of weeks ago we were visited by this interesting machine, it has a very heavy duty flail on the front, and has been working in the woods, tidying up some rides, and creating some new ones, the flail does a very neat job shredding roots, brambles, and small trees if necessary, and doesn’t complain if it hits soil or flint.  Good well maintained rides are essential in woodland, in order to help create a balanced environment, from mature trees, to grassy glades.  A lot of wildlife needs the contrast between these different areas in order to thrive, some for nesting, some for feeding and some for safety.  Good rides and good edges to the rides and glades provide a stratified ecosystem, wildflowers can thrive and benefit insect life, sunlight can penetrate to the forest floor and encourage low level vegetation, whilst tree covered areas offer different conditions, at height, which suits a different range of species. 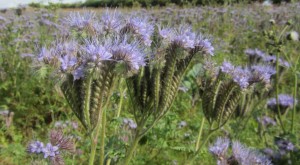 Many of our headland margins around the arable fields are looking good, in spite of the weather, the kale has done well from the wet weather, and is carrying quite a lot of seed, the phacelia is still flowering and setting seed, the triticale is holding a lot of seed, which will provide food for the birds well into the winter, and the thick mat of vegetation in the margins provides good safe foraging areas for small mammals, which in turn serve to provide a food source to the buzzards, kestrels and sparrowhawks.

A few months ago, I related the sad tale of Copper, our handsome old cockerel, who was losing his battle to be cock of the roost, well the story now needs to be brought to a close, because the poor old fellow died last week, and now his nemesis, Silver, rules the farmyard unchallenged.