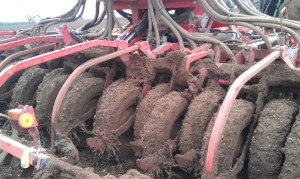 The rear end of the drill should never look like this, if soil sticks to the wheels like this, then the machine should still be in the shed.  Unfortunately this autumn has forced us to break many old established rules, in a near state of desperation to get our autumn crops sown.  A month ago I was already worried, when we still had 140 ha to sow, and it was raining again, well, we did manage to finish in the end.  By then the seedbeds looked absolutely dreadful, but once we could see the end in sight there wasn’t much that was going to stop us once we could travel.  The last 80 acres were sown on the 8th and 9th of this month, and it rained again in the evening of the 9th, which was exactly the same date as the last sowing we did in the last really wet autumn, in 2000, before we gave up and left the rest until spring. 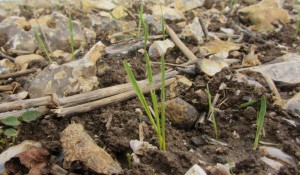 Although nearly all the rest of the wheat and barley is now emerged, and growing slowly, these last two fields will not show any green shoots for another couple of weeks yet, the soil has cooled right down, the days are shorter, and waterlogged soil doesn’t encourage the plants to germinate and grow.  In a normal year, we would expect barley to emerge within 10 days, and wheat in more like 14, while soils are still warm, this means that the plants will grow away quite quickly and be a useful size comfortably before the cold of winter sets in, it also means they can withstand a bit of slug grazing too, which this year is a serious issue. 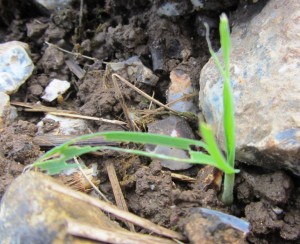 The soils may be cooler now, but still not yet cool enough to stop slugs breeding and feeding, and  many single leaf plants can be finished off very quickly by a hungry slug, and the numbers present in many soils after the prolonged wet summer and autumn are posing very serious problems.  There are various ways to decrease the intensity of a slug attack, a good quality seedbed is the starting point, the soil being firm and fine around the seed, this discourages slug movement through the soil, and rolling after sowing helps a lot, however this year conditions have been so bad, that only a limited number of fields have been rolled.  Nearly every day that we have been out sowing has been followed rapidly by more rain, and the seedbed needs to be good and dry on the surface for rolling, otherwise soil picks up on the rolls like in the picture above, and worse, making the job impossible. 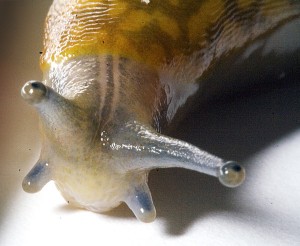 The normal reaction to a slug epidemic is usually to apply metaldehyde pellets, which are very effective, if not immediately followed by more rain, which can leach the active ingredient out of the pellets.  This isn’t much help, so a judgement has to be made about the weather, and what the chances of a good slug kill are before the next dose of rain.  The poison works by dehydrating the slugs, and continued wet weather can sometimes mean that slugs recover, and carry on eating the crop.  A further complication is that metaldehyde has been getting into the ground water in some parts of the country for a number of years, and the water companies are getting more and more careful about this.  Each year the regulations governing application rates and timing of slug pellets get stricter, because metaldehyde is very difficult to remove from water.  After this year’s terrible rain, and slug onslaught, the fear across the industry now is that metaldehyde will be banned soon.  The alternatives are a different chemical called methiocarb (as in draza) which is more expensive, and causes more collateral damage to other soil species, or ferric phosphate, which is much more expensive, slower acting, and also said to harm other species.  This is the same old story we have heard before in the history of agrochemicals; eventually their benefits are deemed by society to be insufficient to be outweighed by their drawbacks, and so another tool is lost from the armoury. 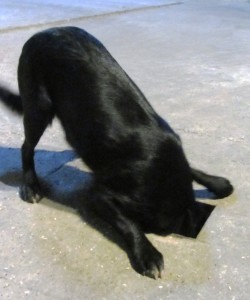 It is clearly not acceptable for these chemicals to end up in ground water, however in some cases more careful and tightly policed stewardship of the controversial ones can preserve their usefulness for a bit longer.  I suspect however, that metaldehyde has now reached the end of the line.  Until it is actually banned though, it will still be hard to sit back and watch an army of slugs devouring one’s vulnerable crop, and do nothing.  Of course, once it is banned, and the use of the alternatives accelerates, concern will then turn to their drawbacks.

The other disadvantage to not rolling our newly sown seedbeds, which is clear to see in the close-up pictures above, is of course the failure to push the stones down, where they are less likely to damage the combine next harvest.  We will be praying for a dry period next February, so we can catch up with all the rolling, because once we get into March, and the crop begins to grow again, there is only a narrow window of opportunity to roll before the crop gets too tall.

As I write, the November rainfall has reached 158mm, bringing the annual total to 1287mm to date.  The long term average is around 1000mm, and 2012 is already the second wettest year since 1985 here at Travellers Rest.  We only need another 157mm to equal the year 2000, the wettest in our records.  I cannot remember a time when the River Stour burst its banks 3 times in the same year. 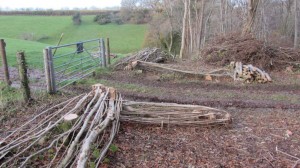 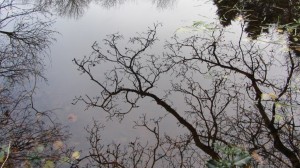 A rare sunny day in October 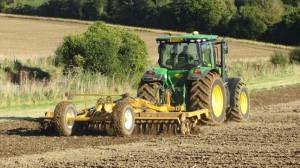 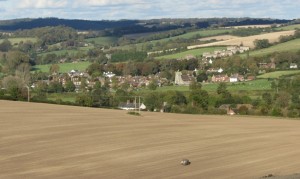