By way of illustrating the frustrations of harvesting weather, and for the benefit of anyone who is regularly out of the country during August, I have shown here the rainfall for every August since 1985 at Travellers Rest, in millimeters.  The last five harvests have been quite frustrating.  One should bear in mind that on average our harvest needs 35 to 45 days of dry weather to complete, and that each cutting day needs at least one good drying day beforehand to render the crop cuttable.  All our crops were ripe and ready to harvest by August 15th, so we had to sit and watch the wind and rain do their worst for another fortnight before we managed to charge to the finish line by the 2nd of September. 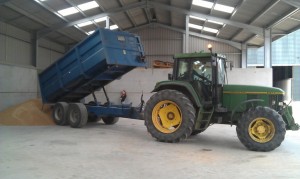 As it turns out, nature is a wonderful thing, because the crops had not deteriorated too much by then, which is all the more surprising considering how pessimistic some of us were before it started raining in June; we had been suffering a pretty extreme spring drought, and most crops looked dreadful.  The cool and moist weather of late June and July slowed down the advanced growth of most crops, and brought harvest back to pretty normal timing, so whereas at one point we had been looking at the prospect of some time off in late August, and half empty barns, in the end we were hard put to finish before the Dorchester Show, but at least the barns have respectable heaps in.

To ease the maddening frustration of constant wet and dry, one diversionary activity that we indulged in was the restoration of an old tractor, which we had bought second hand a couple of years ago.  At one point in its life, (born 1976) it had been hand painted in the wrong shades of green and yellow, which to a fan of John Deere equipment, is sacrilege indeed, so one wet day during harvest, we took it off to Piddlehinton to be shot blasted, and then over the bank holiday weekend, it was treated to several layers of spray paint, to bring it back close to how its maker intended.  We had also removed the cab, which was a noisy and claustrophobic creation, and now that the tractor is a veteran, it is only likely to be used on fair weather days, and open air operation is a pleasant change from modern air conditioning. Until it rains……. I apologise that that the full glory of the colour will not appear here, but would urge you to admire the shine of the true colours on the ‘News’ website 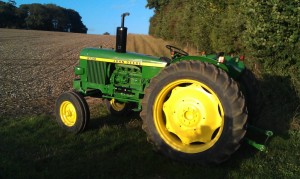 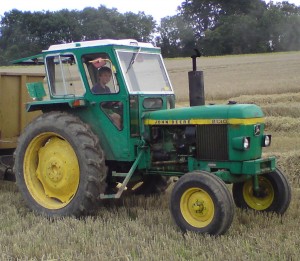 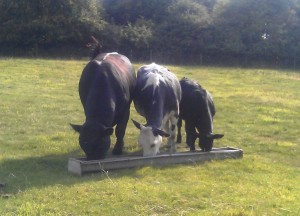 For those of you who are now glazing over at such anorak talk, here is an update on the exploits of our bull, Bonnington.  Last time I mentioned that his summer of fun had been brought to an end, and that he was settling into family life with a wife not of his own choosing, and her illegitimate son of a previous liaison.  (You’d think he’s big enough to be weaned now, see picture). Well their paddock has served them well, the grass has continued to grow, something to do with the weather I believe, and all was fine and dandy until Betty the cow got ill the other day with a largely untreatable virus.  She has taken a considerable knock from this, but still comes up for a few mouthfuls of cake every day, which is a good sign.  The Vet had a look at her the other day after he had examined all the other cows with the aid of a long rubber glove.  The good news is that not only is Betty with child, but 47 out of 49 of the rest of the herd are also in calf, so the boy has done what he was supposed to.  All in 63 days. 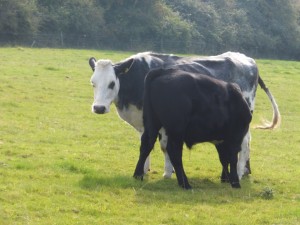 The summer weather has at least enabled all our headland margins and wildlife cover crops to flourish.  We have many plots around the farm which have been sown with various different seed mixtures for different purposes.  A wild bird food mix, containing triticale, millet, kale and linseed, a pollen and nectar mix containing phacelia, clover, birdsfoot trefoil, and other combinations designed to provide either food sources, or nesting and rearing habitat, aimed to be usable at different times of the year.  The triticale mix should stay standing throughout most of the winter, providing food and shelter to many species.  We have a 10 acre field of downland reversion on the Rudge, which was sown with wildflower seeds harvested from existing chalk downland last year, which is looking surprisingly good after just one season. 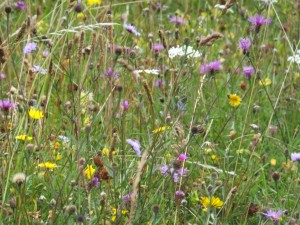 It has been grazed for short periods by the cows, to keep the more dominant species down, and is now quite dominated by plantain, which I am reliably informed is a good early establisher, and there are a good many other species slowly establishing themselves, enough are flowering now to look quite attractive, including scabious, wild carrot, and knapweed.  Next year should be very interesting.

Speaking of the new season, all the oilseed rape for the 2012 harvest is sown and emerged, apart from one or two patches where the slugs have been a bit greedy, and we hope to get stuck into wheat sowing this coming week.  The damp weather unfortunately encourages slugs, and we have to be vigilant as they can decimate a newly emerged crop in a very short time

Some more views from the hill, by our other intrepid photographer: 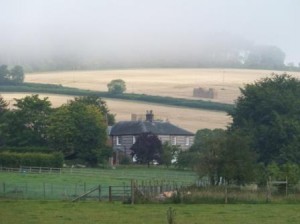 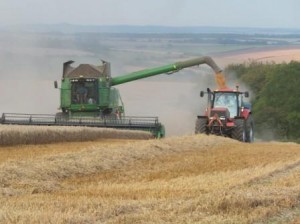 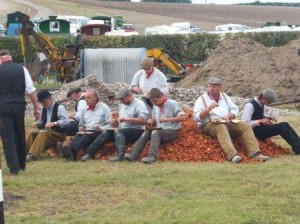 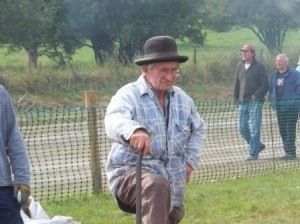 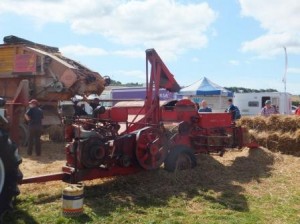 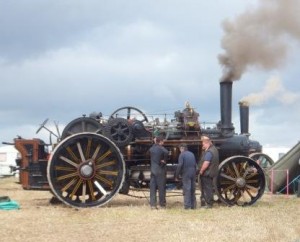 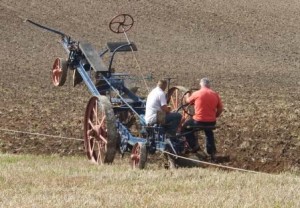 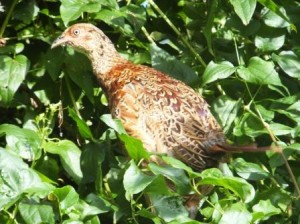 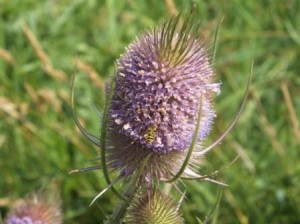 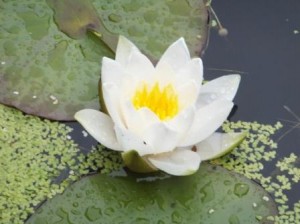 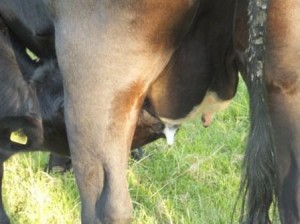 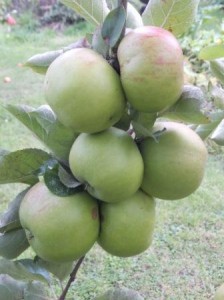 Something we weren’t expecting, our snapper was shocked to see this sign displayed at the bottom of Knighton drive one morning, but was very relieved to find it had gone again within a very few hours.  What would the Crown Estate mean by this?? 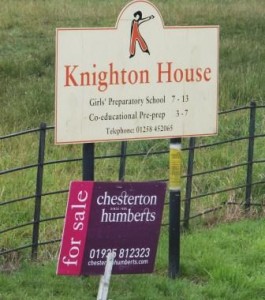