Spring is sprung the grass is ris, I wonder where the birdies is?

The little birds is on the wing, ain’t that absurd?

The little wing is on the bird! 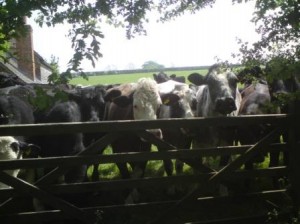 Another crazy season, the rape has flowered earlier than usual, and is about to drop its petals, after a ferocious period of growth, from one foot to five feet in about four weeks.  The winter barley is completely ahead of itself, usually the last crop to show signs of life in spring, this year it is 2 or 3 weeks earlier than usual, and we very nearly got caught out with spraying it last week, fortunately disease pressure has been low in the dry weather, so a late application wasn’t as serious as it might have been.  Some very lush fields have unusually had to receive a late growth regulator, to try to keep them upright, although I would have fully expected the shortage of moisture to do a bit of natural straw shortening, which is what seems to be happening with the wheat, which is at a more normal growth stage for the time of season.  The less said about the non-appearance of a large acreage of poppies the better. 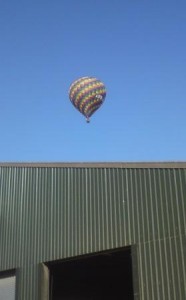 The weather in North America, as well as the very dry conditions inEurope, is continuing to support the bull run in the world wheat markets.  Northern areas are very dry, causing difficulty for the hard red winter wheat crops, whereas in the south, wet conditions are hampering corn (maize) sowing.  Whilst this is great for arable farmers with grain to sell, it is disastrous for chicken farmers. I was told today that here in theUK, a dozen eggs cost 50p to produce at the moment, whereas the wholesale egg price is stuck around 35p per dozen.  Two chicken farms I know of locally are de-stocking as quickly as they can, to stop the haemorrhage of money, so at some point before too long, a shortage will develop, and the price of eggs should rise.  Does Mr Tesco care??  Their cheapest “value” eggs are £1.20 per doz, and their finest “organic” eggs are £3.60 per doz.

There is no doubt that the warm weather has created the most beautiful show of spring flowers I have seen for years.  The woodlands and many uncropped areas are a delight, wild garlic, anemones, bluebells, celandine, cowslips and many others have made the lovely warm weather even more enjoyable.  Glorious conditions for the Easter holidays have been great, barbecues and sun umbrellas are so rarely seen in April.  It has been remarkable, and a bit odd how little dew there has been in the evenings. 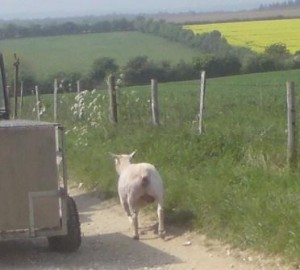 Now to the difficult bit; March rainfall was just 20mm, April to date has seen just 8mm, the running annual total is showing a deficit of over 200mm (8 inches).  The last time we had a very dry April was just 3mm in 2007, and that led to our worst wheat yields in 15 years.  There had been 88mm in the preceding March, and even the 120mm that then fell in each of May June and July wasn’t enough to repair that damage, it just ruined the quality of what little was there.

Steady on a minute, we’re just sounding like a moaning farmer here, yes, true, but decisions have to be made about how much more money to spend on crops which may already have been damaged beyond repair by weather conditions.  We forget the influence of the weather at our peril, we think we are so very clever with our fertilizers and sprays, but what always makes or breaks us is the sun and the rain. 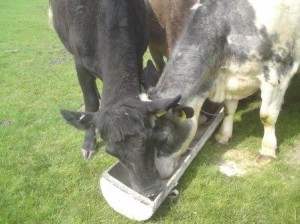 There are still two cows left to calve, what took them so long to acquaint themselves with the bull last summer must remain a mystery!  Lambing is not far away now, the ewes were shorn on Saturday morning, and they all breathed a huge sigh of relief, a belly full of lambs and a four inch thick woolly fleece in 25 degrees is no joke.

Whilst next weekend some of us will be gazing skywards wondering what the rest of the season may bring, many others will be jostling for front row seats for the wedding on Friday, and some may even be tussling with the agonizing decision:  AV or Not AV?  Will it give us a better government?  I doubt it, until we are all given a say in which names go on the ballot paper in the first place.  What about local primaries?  And what difference will it make to the price of eggs???                    Enjoy some more days off………..