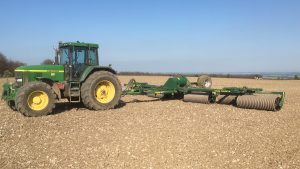 With impeccable timing the weather came right at last, on the weekend that two of the farm team had booked for holidays.  Trying hard to feel no guilt, we departed for Wales and France respectively on the Friday morning, leaving the hard core at home to drill, roll and spray 100 hectares of barley and poppies, which of course they achieved in double quick time, and still managed to have Sunday off.  The sowing was a month later than normal due to the incessant wet weather, but since then the amazing warm conditions have enabled the seeds to germinate and grow at breakneck speed, and one can imagine that they may catch up with the early sown crops by harvest time. At the same time, tricky conditions had created a backlog of spring spraying, all the winter sown crops needed spraying with fungicides and growth regulators.  Brendan broke all records on Thursday last week with 603 acres sprayed in one day, starting very early, and finishing very late, in so doing getting the spring programme back on the rails.  He finished off on Friday afternoon, just in time to help with the end of sheep shearing, getting all the ewes back to their paddocks before any more lambed.  A couple of them had lambed on the day before shearing, the date of which had been forced back by cold and wet weather.  Better late than not at all though, the weekend was so hot that we could well have lost some due to the heat if their fleeces had remained attached for much longer.  Since then lambing has gradually sped up, with new arrivals every day.  Hopefully we will have cute baby lamb photos next month. 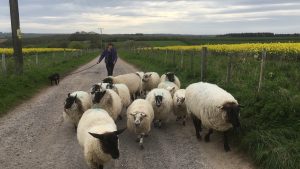 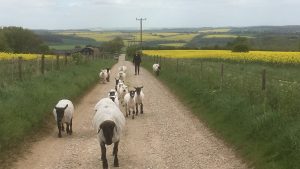 Cooler sheep on their way home again on Friday morning.

Once he’d escaped from the shearing shed, Gary jumped back on his tractor to finish preparing seedbeds for our maize crop.  This is a first for us, growing for a digester, we have not grown maize in more than small blocks of bird cover before, but after a good dose of digestate applied to the field before sowing, we hope it will be up and away very soon.  To catch the soil in just the right condition, we had to work it down on Saturday and Sunday, prior to it being sown by our contractor Ashley, on bank holiday Monday. 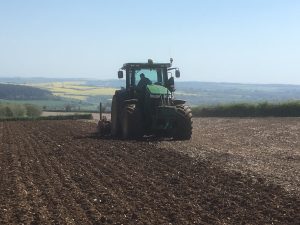 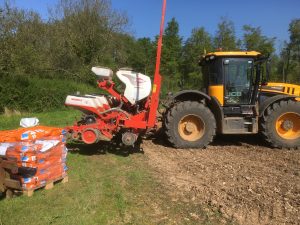 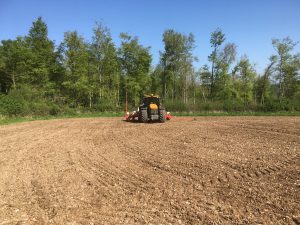 Just when we thought there might be the chance of some deck chair time in the sunshine on Sunday morning, a phone call comes in from David over at Manor France Farm: Our cattle were on the river bank having jumped the electric fence.  Frisky cattle, broken fence, and boiling heat are not the best mixture, but eventually we managed to get them back in the field, and erect an emergency single strand of fence with enough poke in it to keep them in.  Just as we thought we had finished, some mooing from across the river told us that one heifer had swum across to where the grass looked greener in David’s field.  A trip to Manor France with the trailer, followed by some skilled work from a seasoned cow farmer and we had the skittish devil cornered, and back to the correct field.  She couldn’t get out of the trailer quickly enough. 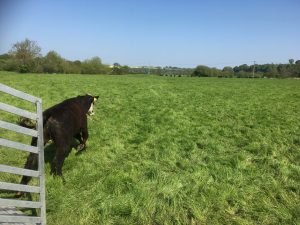 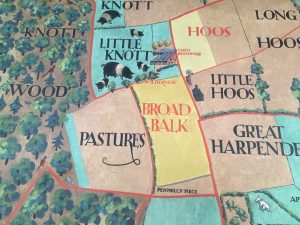 A trip to Rothamsted Research in Hertfordshire last week for a Worm conference was well worth the mileage.  We listened to a talk on the findings from the 60 minute worm project which I mentioned last month.  The main findings included the fact that in general worm numbers in the investigated arable land are at pretty good levels, although in places where numbers might be expected to be low, such as on sandy soils, they were indeed low, if not absent altogether.  It is very hard to encourage worms into such dry and abrasive soils without huge amounts of organic matter being added over many years.  I was reassured to hear that even if you have low worm counts in your soil, their numbers can build up very quickly when conditions are right, because after mating worms create numerous cocoons which can lie dormant in the soil for more than one season.

There are only around 9 major species of worm in the UK, and they are divided into 3 different ecological groups, the epigeic are surface feeders, who live mostly on the surface, and are most vulnerable to predation by birds.  The next are the endogeic worms, who live in burrows, mostly horizontal, in the topsoil, and finally the deep burrowers, the anecics, who are also the largest.  These fellows drag plant material into their burrows to eat.  They create casts on the soil surface, and middens around the entrances to their burrows, small piles of stones and sticks, which conceal the entrance to their vertical holes.  We were shown film of these worms moving material around to do this.

Much of the discussion focused on how to improve the project for next year, the researcher wanted feedback on many aspects of the project, and our opinions were sought on what we most wanted to know, to improve the lot of the humble worm on our own farms.  Most of us wanted to understand their ecology, and how to build numbers in order to build the fertility of our soils. 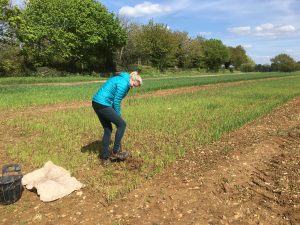 A highlight of the trip was a visit to the famous Broadbalk field on the Rothamsted farm, famous to anyone who has studied agriculture at a place of learning that is.  Broadbalk field is home to the longest running experiment on wheat growing anywhere in the world.  Part of it has grown wheat every year for 175 years, and a great deal of research has been done on the soil, and the wheat grown each year.  The experiment has become more sophisticated over the years, and different plots now contain experiments on manure, weedkillers and rotational cropping.  The scientific information collected is of huge value to researchers who are always looking to improve farming methods.  Our worm researcher had obtained special permission to dig two worm holes in this hallowed ground, and the sad news was that no worms were found! 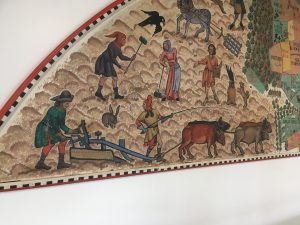 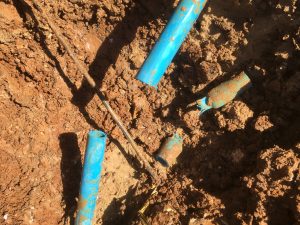 Whoops, a serious water leak on a rarely used pipe, resulting from the Wessex Internet fibre optic line installation 2 years ago.  Luckily spotted only 2 days after we switched it on. 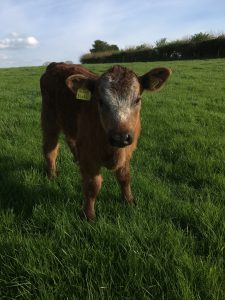 My favourite calf this year, still friendly.  I have mentioned him every month since his difficult birth in February. 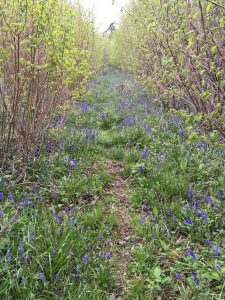 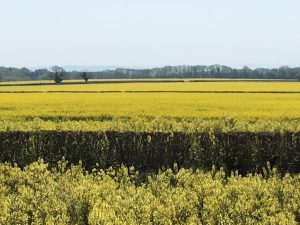 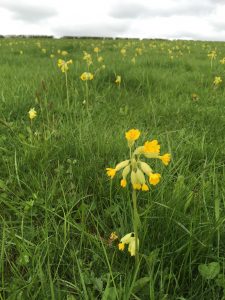